The City of Sydney’s Public Art Advisory Panel was initiated by the Lord Mayor Clover Moore and appointed by Council in 2007. It comprises professional artists, curators and architects who provide advice to the City of Sydney on matters relating to public art. 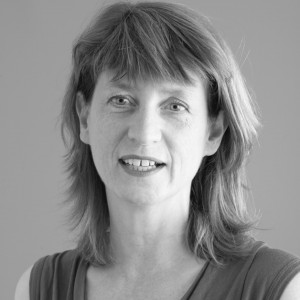 Felicity Fenner is a curator of contemporary art and curatorial consultant on local and state government public art projects. Based at UNSW Art & Design, she was the inaugural Director of UNSW Galleries (2013-2018), her international program of contemporary exhibitions swiftly establishing the new galleries as a leading centre for art and ideas.

A member of the City of Sydney’s Public Art Advisory Panel since its inception in 2007, Felicity was appointed Chair since 2018. In 2011–2015 she was the lead researcher on Curating Cities, a major Australian Research Council project that investigated the world’s best practice eco-sustainable public art. Delivered in partnership with the City of Sydney, a comprehensive and continuing public art database was subsequently realised. Her 2017 book about the role of public art in urban spaces across the globe is titled Running the City: why public art matters (Sydney: NewSouth Publishing).

Felicity has curated more than 40 exhibitions of Australian and international art, most recently City Dialogue: Public Art Interventions + the Biennale of Sydney (Customs House, Sydney, 2019–21) and since 2005 for organisations including the Venice Biennale, National Art Museum of China, Museum of Contemporary Art Australia, Perth Festival, Art Gallery of South Australia and several university art museums. Her next book, Curating in a Time of Ecological Crisis, will be published in 2021 (Oxford: Routledge). 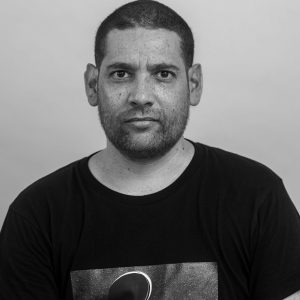 Tony Albert is a politically-minded artist provoked by stereotypical representations of Aboriginal people and the colonial history that attempts to define him, and what Aboriginality is, in the present. Albert has spent the majority of his life in Brisbane, but has strong family connections further north to the Girramay and Kuku Yalanji people of the rainforest region. In 2004 he completed a degree in Visual Arts, majoring in Contemporary Australian Indigenous Art, at Griffith University. Albert is a founding member of the Brisbane-based collective, proppaNOW, which was officially incorporated in 2006.  He is the first Indigenous Trustee for the Art Gallery of New South Wales and is also chair of the AGNSW Indigenous Advisory Group. Albert’s commitment to connecting and collaborating with other Indigenous artists and the wider community within his practice, has made him an integral part of Australia’s visual arts sector and the wider Australian community.

Judith Blackall is an independent curator, writer and producer of contemporary art projects. She has held senior roles in galleries and art museums in Sydney since 2000, with expertise in Australian and international contemporary art, publications, audience engagement and artists’ projects in the public domain.

As Curator and Gallery Manager at the National Art School, Sydney (2013-2019), and Head of Artistic Programs at the Museum of Contemporary Art Australia (2000-13), Judith has worked directly on numerous major contemporary art exhibitions and projects, touring exhibitions internationally and producing a range of outreach initiatives. She has been a member of the City of Sydney’s Public Art Advisory Panel since 2007.

Judith was based in Italy from 1982 to 1997. She established an artist-in-residence program for Australians in Arthur Boyd’s Tuscan farmhouse, ‘Il Paretaio’ which she managed until 1990, and worked in contemporary art galleries in Milan and Florence, the Pecci Museum in Prato and the first Biennale of Art/Fashion in 1996, presented throughout the city of Florence. 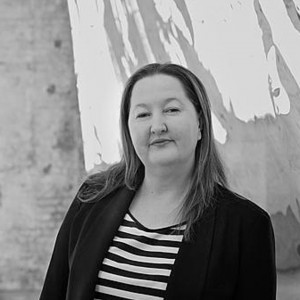 Lisa Havilah commenced as Chief Executive of the Museum of Applied Arts and Sciences in January 2019. From 2012 to 2019, Lisa was the Director of Carriageworks. Under her leadership Carriageworks experienced extraordinary audience, artistic and commercial growth, becoming the fastest growing cultural precinct in Australia.

From 2005 to 2011, Lisa was the Director of Campbelltown Arts Centre, pioneering an internationally renowned contemporary arts program that brought together culturally and socially diverse communities, and from 1998 to 2004 was Assistant Director of Casula Powerhouse Arts Centre. 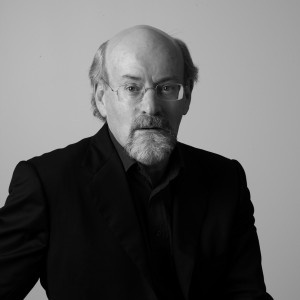 Richard Johnson studied Architecture at UNSW, gaining the RAIA Prize for Design, the RAIA Silver Medal, and the NSW Board of Architects Bronze Medal. He graduated with First Class Honours in 1969. He was awarded a Commonwealth Postgraduate Scholarship and in 1977 was admitted to the degree of Master of Philosophy following study in Town Planning and Urban Design at University College, London.

In 1976 he was made a Member of the Order of the British Empire for Public Service in the field of architecture. Richard was appointed as architectural advisor to the Sydney Opera House Trust 1998-2008. He was awarded the RAIA Gold Medal in 2006, a Life Fellow in 2008, a Life Governor of the AGNSW in 2012, and a distinguished Alumni Award from UNSW in 2013.

In 2014, Richard was admitted to the order of Australia for distinguished services to architecture, to the visual arts and the museums and galleries sector.

He is a founding director of Johnson Pilton Walker Pty Ltd, (2001-2014) a Professor of Architecture at UNSW (Adjunct/Practice/Honorary 1999-2021) and serves on the City of Sydney Design Advisory Panel and the State Design Review Panel.

Janet Laurence is a leading Sydney-based artist who exhibits nationally and internationally. Her practice examines our physical, cultural and conflicting relationship to the natural world. She creates immersive environments that navigate the interconnections between organic elements and systems of nature. Within the recognized threat of climate change she explores what it might mean to heal, the natural environment, fusing this with a sense of communal loss and search for connection with powerful life-forces. Her work is included in museum, university, corporate and private collections as well as within architectural and landscaped public places.

Laurence has been a recipient of Rockefeller, Churchill and Australia Council fellowships; recipient of the Alumni Award for Arts, UNSW; is currently a visiting fellow at the NSW University Art and visiting fellow of the 2016/2017 Hanse-Wissenschaftskolleg (HWK) foundation fellowship; and artist in residence at the Australian Museum; She was the Australian representative for the COP21/FIAC, Artists 4 Paris Climate 2015 exhibition and in 2019 she had a major solo survey exhibition at the MCA and in 2020 at the Yu Hsui Museum of Art in Taiwan.She is currently exhibiting in Know My Name National Galleru of Australia working on her second Echigo Tsumari Triennale project scheduled for July 2021

Anne Loxley is Executive Director of Information + Cultural Exchange in Parramatta. Specialising in socially engaged practice and deep collaboration, Anne has a strong track record as a writer and curator working with artists in and outside gallery contexts, in communities and in public spaces. From 2011 until 2019 Anne was Senior Curator, C3West, for Sydney’s Museum of Contemporary Art. In that role she developed innovative ways for artists to work with businesses and non-arts organisations to address strategic issues and engage with communities. With Felicity Fenner, Anne was programming associate, visual arts, for the 2017 – 2019 Perth Festivals. With Blair French she co-edited Civic Actions: Artists’ Practices Beyond the Museum (MCA Australia, 2017).

He has been active in professional museum organisations in Australia and abroad for over three decades and has recently contributed to international publications on art, museums and architecture. Leon served as the Chair of the Sydney 2000 Olympic Co-ordination Authority Public Art Advisory Panel from 1996-2001.

Leon was the Chair of the City of Sydney Public Art Advisory Panel from its inception in March 2007 until May 2018.

2007 – 2009: Ken Maher, Executive Chairman of HASSELL and Chair of the City of Sydney’s Design Advisory Panel